Microstock...a road to riches or the ruination of an industry...or just another step in the evolution of the business of stock photography?

Interview with Lee Torrens of Microstockdiaries.com 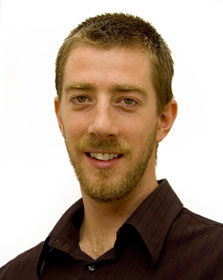 
http://www.microstockdiaries.com
This interview may not be republished without permission.
Posted by John Lund at 9:49 AM 6 comments: Enhancing creativity, and the generation of new ideas, is work, but can be done!


Creativity: The Most Important Thing
I have just completed three weeks of shooting stock photo motion (clips) with a Phantom HD camera capturing at frame rates up to 1900 per second. The most difficult challenge was that of creativity, of coming up with countless ideas that met the criteria of being useful for stock purposes, being of a nature that the slow motion was an important aspect, and that were executable with a minimum amount of resources including time, equipment and expense. Creativity was the most important element to the shoot and the most difficult for us. As such, I would like to share some of my own thoughts on creativity...and how to make the creative light bulb glow a little brighter!


Creativity is Work
Creativity is work, though those who enjoy the process might not recognize it as such (as is the case with any kind of work). The more creativity needed the more work it is. Coming up with one great idea might not seem like work, but come up with twenty, fifty or a hundred and the true nature of creativity will quickly become apparent.


Creativity Takes Time
Creativity takes time. The subconscious is an important ally in creativity, but requires time to mull over and work on a problem. The conscious mind is not to be underestimated either, but does need work breaks, breaks that allow that subconscious powerhouse space to percolate its contributions to the surface. Creativity, for most of us, loves long hot showers, vacations on the beach, and eight hours of sleep at night.


Creativity Demands Writing Ideas Down
A pen and paper are critical for creativity. Ideas are fleeting things, like dreams, that can disappear forever in an instant. Creativity demands that we write our thoughts, insights and ideas down as quickly as possible. I say pen and paper rather than pencil and paper, because, at least with me… and with the endeavor of coming up with stock photo ideas, a permanent list is important. The brilliant idea that just pops into our head, and is written down, may, a moment, or a minute or an hour later, seem to be ridiculous and banal. Give that idea another day, or week, or even year, and its’ brilliance can rise up again…or it can be the stimulus for something that truly is an important new addition. Write those ideas down and keep a permanent list!


Creativity is a Muscle and Thrives On Training
The creative person is an athlete. Creativity is a muscle that grows stronger with use. Make a daily habit of creative effort and in a few days or weeks the creativity will come easier, though like most athletic endeavors, not every competition will be easily won. In my own creative trials I participate in both sprints and marathons, and when I fall out of my training, that is, quit my consistent efforts for a period of time, my abilities tend to fall off.


Creativity Loves Opposites
Creativity Loves opposites. By that I mean that looking at the opposite of what one would normally expect to see can enhance your creativity. For example, a dog chases a cat instead of a cat chasing a dog. Creativity is primarily viewing relationships in new and different ways. To open up creative possibilities it can help to take, at least for a moment, the opposite view…a cat chases a dog. In one example of just such a scenario, that practice resulted in an image of a cat (OK…a rather large cat) intimidating a bulldog.


Feeding Creativity
It can be fruitful to feed creativity with a fresh flow of photos, illustrations, the written or spoken word, music and even a change of scenery. Who knows what stimulus might be the one to trigger a new and original thought. It is important to note that a stimulus might do its work unseen for quite some time in the realm of the unconscious before emerging like some long dormant geyser to the surprise of all!
Creativity Loves Acceptance and Hates Judgment


Intention Is The Foundation of Creativity
Intention is the foundation of creativity. Set the intention to be creative, to solve a problem, or come up with a new idea and then allow the space and time, put in the training and work, write down the ideas and review them, and the epiphanies will come.


Creativity Loves Company…and Privacy
Creativity loves company, and loves privacy. The creative effort, shared with others (in an environment of acceptance) offers multiple points of view that can be a powerful stimulus. Ideas feed off of each other. But creativity also loves its private time, the safety of the solitary; creativity can be fickle like that.


Creativity Will Flourish
If intent is the foundation of creativity, then patience is mortar that binds the bricks, or elements of the creative process, together to complete the task, to generate the creative solution that is desired. Have the intent, provide the fuel in the form of stimuli, train the muscles of creativity, create an open and embracing atmosphere, write your ideas down and review them periodically, and allow time for the processes to do their work, and your creativity will flourish!